STD 15 took place over the weekend of 6th and 7th June.

Huge thanks to everyone who attended especially those who swam.

(Also huge thanks to everyone who gave me cards and presents, especially if I forgot to thank you) 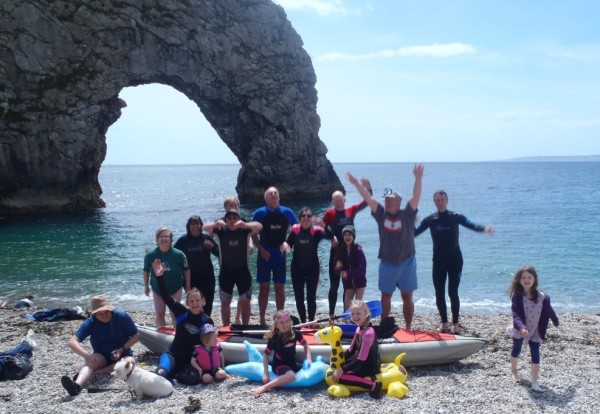 Aja (STD), Andrew (first attendance for a while and partner of STD swimmer), Chloe (attendee and previous winner of artwork award), Chris (attendee for first time in 10 years and partner of STD choppy Saturday swim), Chris (attendee and non STD swimmer), Di (first STD for a while and not in a wet suit, welcome back), Cole (first attendance and, like his mother, was heard to promise to swim it next year), Digger (STD), Ella (first attendance for a while, welcome back, and best fossil finder), Emily (STD and winner of 3rd STD in row by person under 11), Graham (STD and regular winner of the casual swim award),  Helen (STD veteran and regular winner of “wetsuit are for wimps” award),  Jo (first attendance in a while and  supplier of “The ultimate STD fire-water”),  Jono (STD, social secretary, facebook co-ordinator and entered for the “most improved” swimmer award), Jonney C (STD veteran, attendee at early bird Friday and choppy Saturday swim, but now wears a wet suit even though it “gets warmer every year”!), Julia (STD veteran and mother of STD child), Liz (first attendance but I’m sure she promised to “swim it next year”!),  Lorna (attendee and regular winner of  “I’m lost, is Dorset in South London?” award), Louise (not far off being a STD veteran and best supplier of 50 year old spectacles), Luke (a regular attendee since before he was born, but no official STD although his mother claims “he did it when he was minus 6 months”- legal case pending), Mark P (no STD but manned the rescue canoe all of Sunday- hero!), Mark (STD and of the famed 2009 helicopter incident which we promised not to mention again -oops!!),  Megan (first attendance in a while and winner of the best birthday card- children’s- award), Richard (a regular attendee who I understand is still looking forward to his first STD), Ron (first STD for a while, welcome back),  Russell (STD veteran although his misses now forces him to wear wetsuit- sounds a bit dodgy), Rog (STD veteran in all but name and travelled by boat and foot to attend), Sandra (STD veteran, mother of STD child and CPK co-coordinator),  Sandra (first STD for 10 years, non wet suit and during choppy Saturday swim, respect!), Syann (first attendance in a while, welcome back, and partner of a STD veteran), Uncle Bulgaria (first attendance and STD), Ursula (1st STD that we know of and on choppy Saturday and not in wet suit, but we don’t actually know her real name- this is what Jono called her as he photographed her coming out of the sea “thinking she was Sandra my lord”), Zoe (STD veteran and mother of STD child veteran, did you know she ran the London Marathon this year?!!).

Attendees who didn’t quite make it to the beach this year:

Who all promised to make it down next year and do the swim (even if it meant learning to swim). Well I think that’s what they said!!!

This year some people reached a significant age, but for confidentially reasons they will remain anonymous:

Being a product of the comprehensive education system I wholeheartedly disagree with the concept of a competitive STD………..so here are this years:

Person/s who have travelled the furthest

Family that has a 100% attendance record

Person/s who have a 100% swim record when they attend

Person/s who have a 100% non-swim record

Person/s who Swam the Door with a London Marathon medal 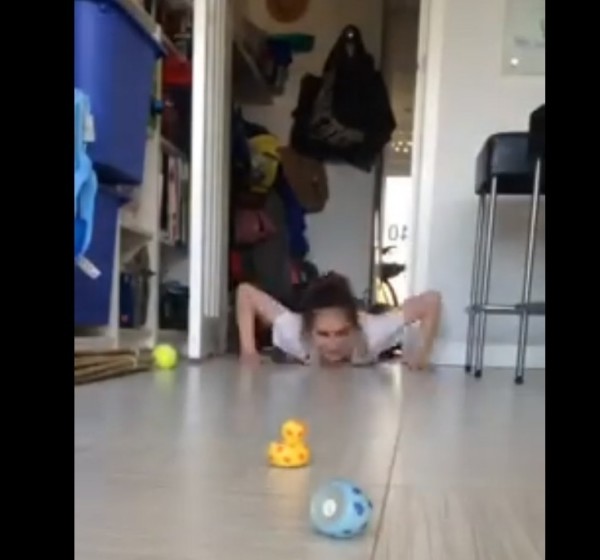 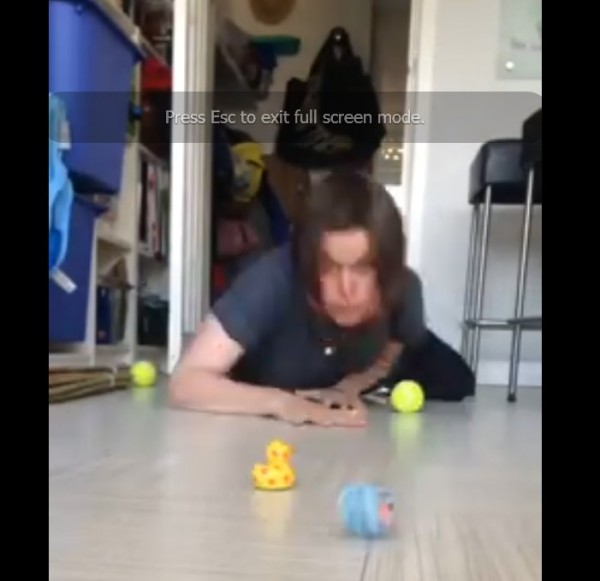 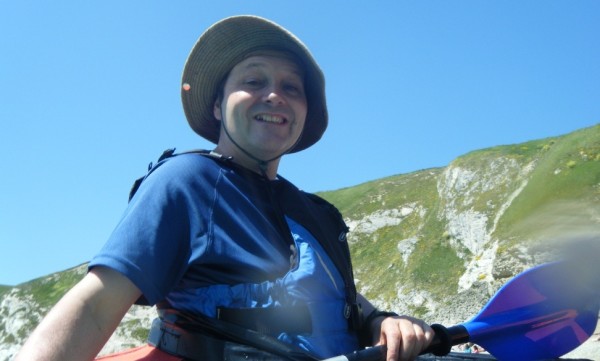 Person/s who attend every 10 years

Person/s who has brought fire water most years

Person/s who can eat most chips

Person/s with the strangest leg action

In their keenness to escape doing another swim some people have left items which I am now caring for:

(Sssh, don’t tell anyone but some of us are planning another Swim the Door around 23rd August 2016 at the famous Pont d’Arc (a natural rock arch under which the Ardeche flows), France. ) 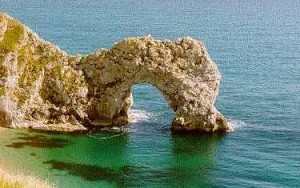 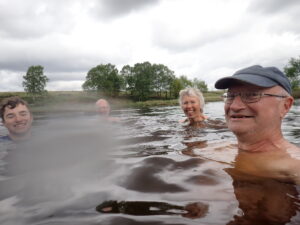